We’re proud to be a trans-inclusive women’s organisation!

Our Board of Trustees agreed our trans-inclusion policy on 1st June 1998, although trans women were positively accessing the Centre for many years before that date.

Our decision to adopt a trans-inclusion policy was taken in line with our commitment to anti-oppressive and anti-discriminatory practice and in line with the Equality Act 2010. This recognises gender reassignment as a protected characteristic. To be covered by this you can be at any stage in the transition process – from proposing to reassign your gender to undergoing a process to reassign your gender or having completed it.

Why we use self identification (self-ID)

We work in a trauma-informed way, which means we have an open door and don’t ask our service users intrusive questions when they first enter our service. It would be extremely complicated to ‘police’ and check people’s genders at the front door and the policing of gender norms could also be problematic for cisgender women who do not conform to ‘typical’ gender norms.

*women who identify as the gender they were assigned at birth.

As debates around the Gender Recognition Act swarmed in June 2020, our CEO Helen Voce released the following statement:

“As the CEO of Nottingham Women’s Centre I believe my experience of running a women-only space has value within the current debates regarding the Gender Recognition Act (GRA).

Nottingham Women’s Centre has been open to all women, including trans women, since 1998. I find it bewildering that campaigners against updating the GRA say they want to “protect” women’s spaces when we have been a functioning trans-inclusive women’s space for over 22 years without any issues.

Rather than being a ‘threat’ to our community, trans women have safely accessed our services and positively contributed to the NWC community through volunteering, peer support groups and more. I feel that there is a lot of theoretical fear mongering in debates around GRA, most of which is not based on the reality of what is actually happening ‘on the ground’ in women’s centres. Far from a protective measure, a move to further police women’s gender identity and presentation is a threat to all women, both cis and transgender.”

We wrote a letter to the Prime Minister about this issue, which you can read in full here, as well as the response from the Government Equalities Office here.

In addition to all this, you might also like to read Stonewall’s statement on the Gender Recognition Act reform.

You can find out more about why people include their pronouns on the pronouns.org website as well as this very handy guide on how to start doing it and recognising them yourself.

Lots of tips that can be used as you move toward becoming a better ally to transgender people.

If you read a newspaper, go on the internet, or turn on the TV at all, you may well have seen some shocking headlines about trans people lately. Stonewall developed this Q&A to answer some of the common questions that get asked about trans people, and to tackle some of those myths and misconceptions you might have seen in the media.

We can look to Iceland, Portugal, Malta, Norway, Denmark or Belgium to see what happens when trans people are empowered to self-ID. In fact, we might simply hop over the Irish Sea to the Republic of Ireland, where a Gender Recognition Act allowing self-declaration was passed five years ago. None of these countries have reported a rise in attacks on women in single-sex spaces. None seem to have seen a trend towards men sneaking into changing rooms and toilets pretending to be trans. After all, abusive men don’t need to go through such an absurd process to attack women. Any sexual or domestic abuse survivor knows from experience that abusers are more than capable of carrying out attacks at work, in the home and a myriad of other places.

Does exactly what the title suggests!

This report focuses on the experiences of more than 800 trans and non-binary people who took part in our research. It contains powerful testimonies that demonstrate why progress on equality for trans people should be a priority for all of us.

The UK government is considering changing the legislation concerning single-sex spaces that would negatively impact both cis and trans women. This short video explains more. 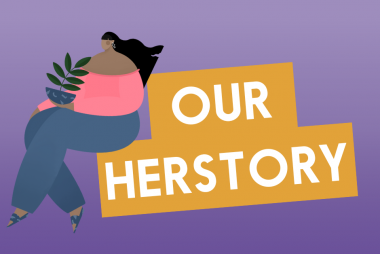 First established in 1971, Nottingham Women’s Centre is one of the oldest of its kind at the ripe old age of 50 something! Read all about our herstory… 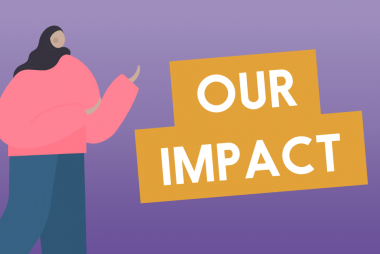 We’re proud of all the ways we’re a continual support to women in Nottinghamshire and a loud voice advocating for women’s rights and policy change across the UK. Our staff do an incredible job of…